The monthly unemployment rate held relatively steady in Solano County at 8.6 percent, after December’s revision down to the same level. At the City level, it was a mixed-bag of minor changes, Vallejo seeing the most significant drop of .9 percent to 10 percent in January. Again, while the unemployment rate has not changed, there are significant movements “below the surface”. The labor force continued its decrease with 1,600 fewer people seeking employment, while employment followed that path with a drop of 1,400 employed people. As a reminder, these are Solano residents working both in and outside of Solano County. 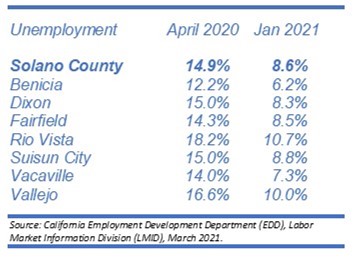 January figures of Non-Farm jobs located within the County showed the confluence of continued Covid-19 pandemic restrictions, the holiday season hiring “hangover”, and likely cyclical hiring decreases in Construction during the winter months. 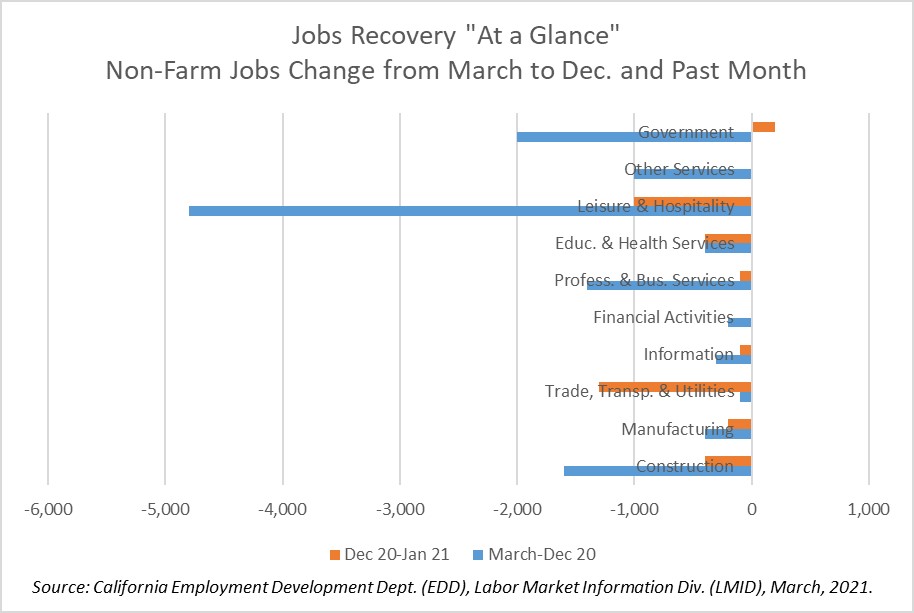 All sectors other than Government experienced decline in jobs. Public Education hiring pushed the Government sector into positive numbers. Trade Transportation & Utilities saw the greatest decline, as seasonal holiday hiring in both the Retail and Warehousing & Distribution subsectors came to an end, and indoor shopping regulations continued to limit “storefront” growth. Leisure & Hospitality followed suit with a decline of jobs following a decline in holiday related activities.

These sector numbers are reflected in the total overall Non-Farm Jobs level in Solano County shown below. Overall job levels have fallen back to summer monthly totals following the holiday surge of activities. 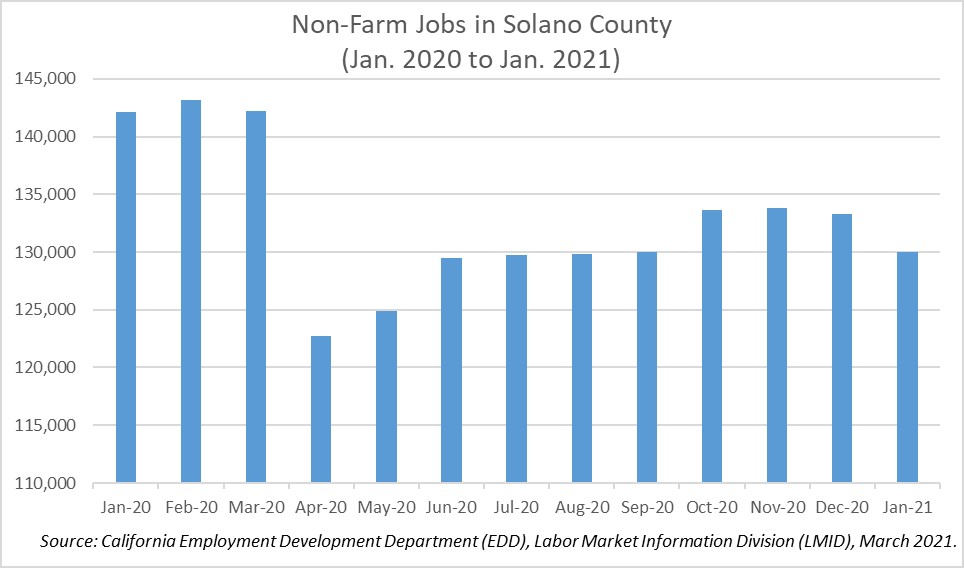 There are now genuine reasons to be optimistic that numbers will improve in the coming months, however. Solano recently moved into the “Red Tier” allowing limited indoor commercial activities which should stimulate hiring. Construction jobs typically see increased hiring starting in April and through the summer months, in addition to a number of new residential projects gaining steam in the region. And most importantly, with vaccinations reaching greater segments of the population, we could start to see significant easing of regulations that are acting as a “cap” on economic growth. Economists are projecting rapid growth of the economy when this occurs, and hiring will follow.