In May, the monthly unemployment rate in Solano County continued its gradual decline dropping from 7.5 to 7.2 percent, significantly lower than its rate of 14.5 percent a year ago this month.  Civilian employment increased by 1,600 jobs, while the labor force increased by a smaller number, 900. With the more significant increases being in civilian employment, the economy made a slight recovery. Labor force numbers continue to show variability as households decide to seek or not seek employment. Note: “civilian employment” represents Solano residents working both in and outside of Solano County. 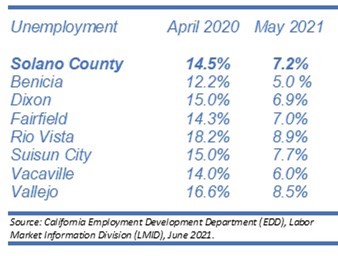 Non-farm jobs located within the County showed improvement with a growth of 300 jobs during the month. As shown in the orange bar, the most significant increases during the month occurred in Education & Health Services with an increase of 500 jobs, Leisure & Hospitality with an addition of 200 jobs (driven by returning business in restaurants, bars, and hotels), and both Government and Trade, Transportation, & Utilities each netting an additional 100 jobs. Professional & Business Services saw a decline in jobs of 100, and Construction saw a significant decrease of 500 jobs. 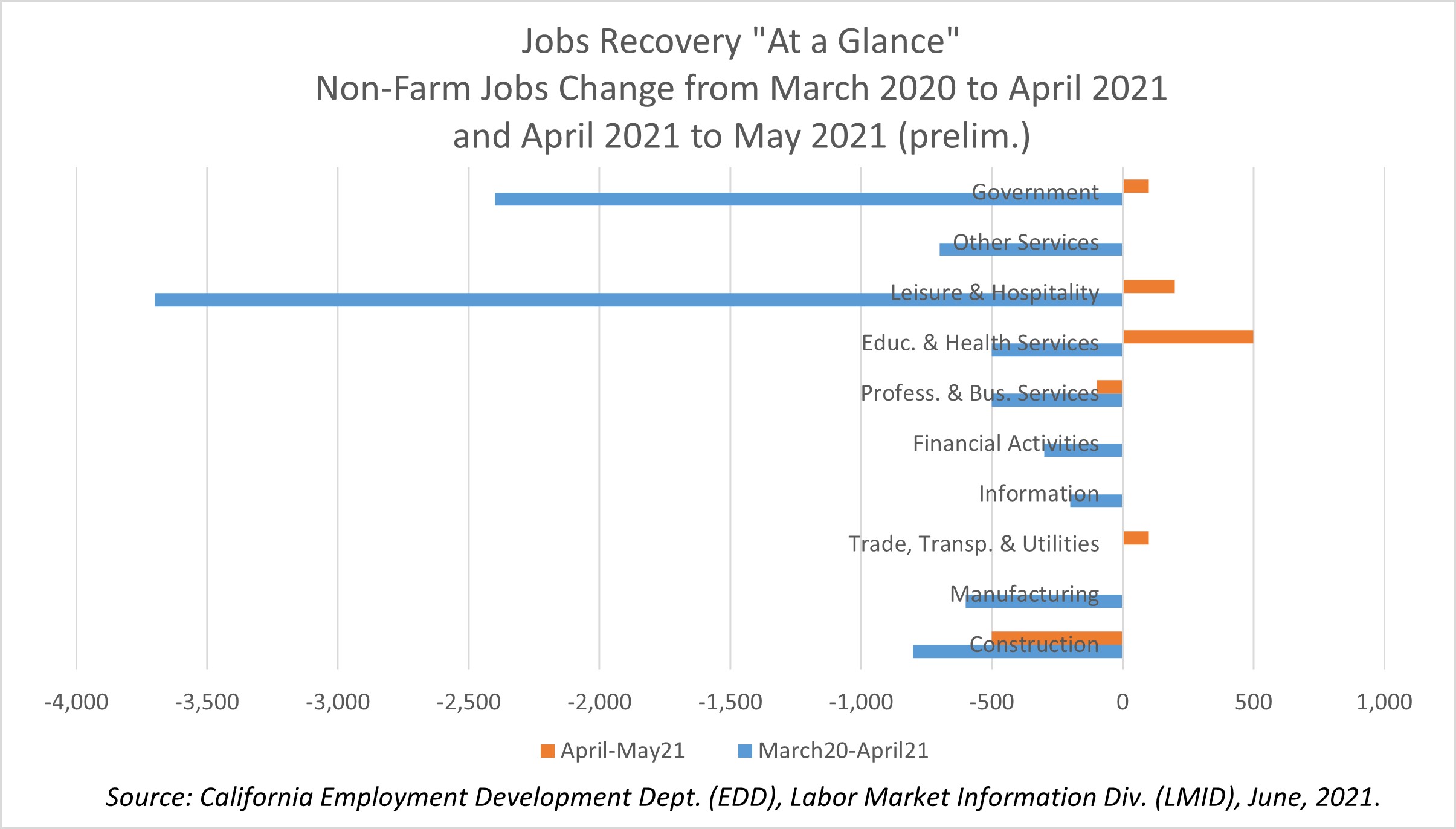 The chart below illustrates the increase in non-farm jobs from the beginning of the economic impact of the pandemic to the most recent data reported for May 2021. The trend is relatively straightforward and reflective of the pandemic itself: gradual improvement from the trough of April 2020, then the winter “surge” of infections causing a secondary partial “closure” of many business activities, followed by a gradual improvement of conditions.

The elimination of the tiering system on June 15th has resulted in more significant job numbers.  Hiring is occurring now because of these events. The degree to which we see monthly improvements will, in part, relate to the degree of success in continuing to reduce infection and hospital numbers in Solano, which has lagged behind the Bay Area and State as a whole. 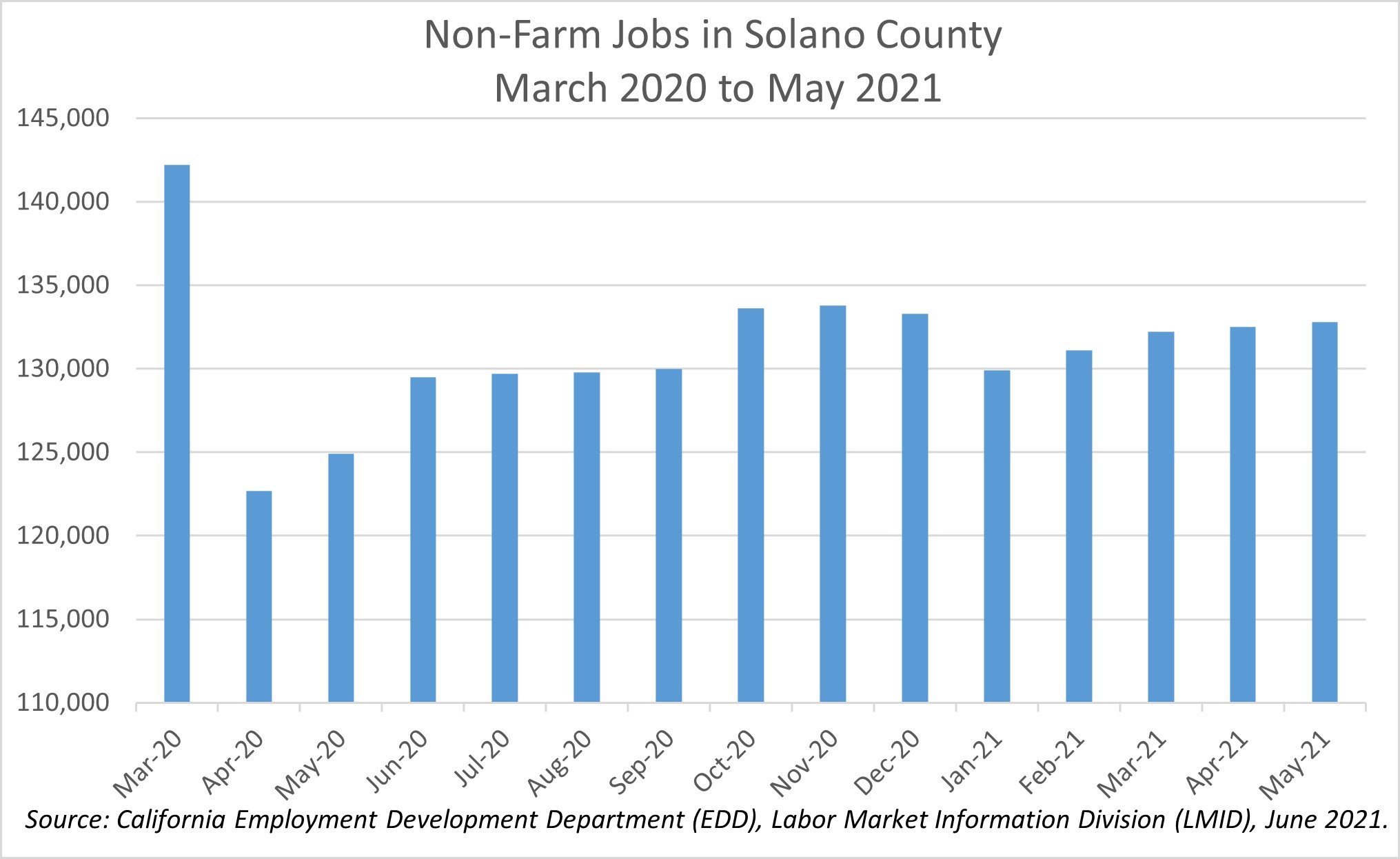 The Solano EDC is a private non-profit organization created to improve the economic health of Solano County.  Solano Economic Resource Center (SERC) is a division of the EDC and provides economic research and marketing services for organizational partners, investors, and local jurisdictions in Solano and beyond. For inquiries, please contact Robert Burris at robert@solanoedc.org.