In March, the monthly unemployment rate in Solano County continued its incremental decline dropping from from 8.1 to 7.8 percent.  While the unemployment rate dipped, civilian employment actually declined by 900 jobs.  The reason is that the rate lessened was because the labor force decline (1,700) was greater than that of employment. The current labor force is roughly 5,500 less than the peak month prior to the onset of the Covid-19 lockdowns, but is 2,700 higher than the low point of September of 2020.

Note: “civilian employment” represents Solano residents working both in and outside of Solano County. 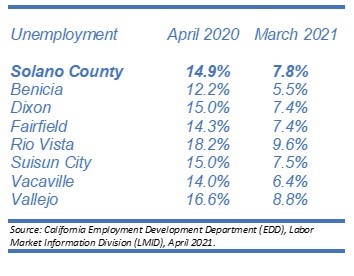 Non-farm jobs located within the County showed improvement with a growth of 1,000 jobs during he month of March. As shown in the orange bar, greatest increases occurred in Trade, Transportation & Utilies with an increase of 500 jobs (primarily in Retail) and Construction also with an additional 500 jobs. Other sectors remained relatively stable during the month. Net job loss (in blue) during the previous twelve months totaled 12,100 non-farm jobs, still roughly half of the jobs lost at the low point of April 2020. The hardest hit sectors are clearly Leisure & Hospitality (primarily restaurants and hotels), Government and Professional & Business Services. Trade, Transportation & Utilities, led by Retail has rebounded to erase total net job losses in the last month, and the pace of Construction hiring has increased. 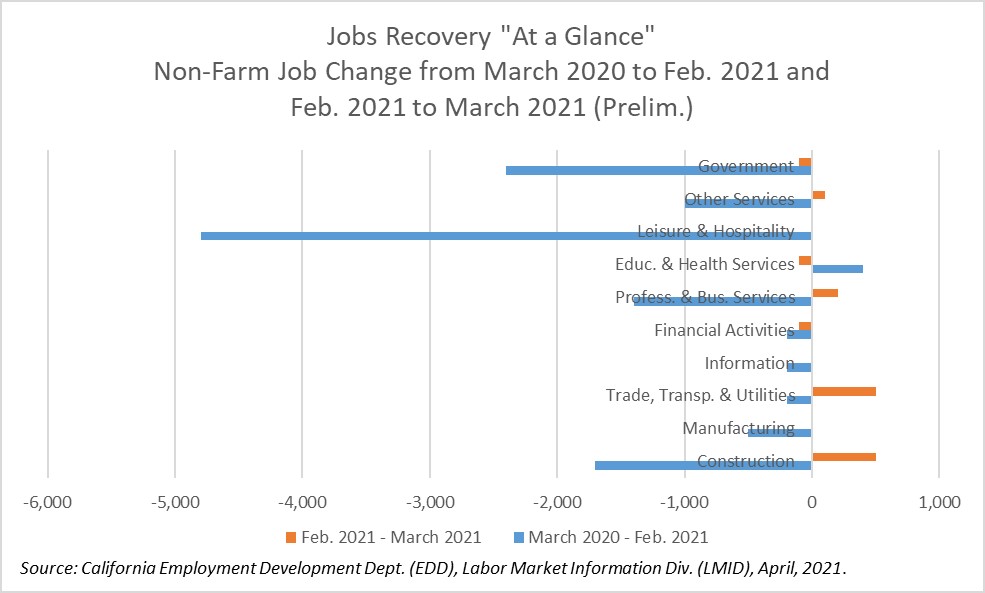 The chart below reflects the increase in non-farm jobs for March, continuing a gradual growth trend. The lowering of Covid-19 safety regulations to the “Red Tier” allowing limited indoor commercial activities will likely continue to stimulate hiring in April and May. In Solano and throughout the California, infection and hospital numbers, while relatively low compared to other states, have plateaued, so we are not expecting movement to lower tiers in the next few weeks. That said, if the current statewide strategy holds, the current “tier” system of health regulations will be removed in June, allowing the economy to open up at a faster pace. There are a lot of variables at play, but we are all optimistic. 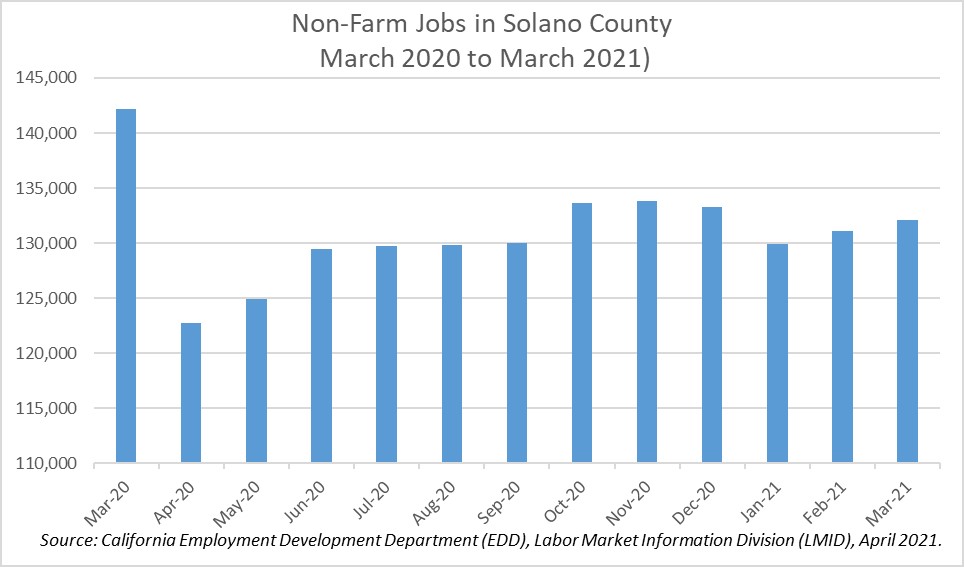