On June 19, California EDD Labor Market Information Division released its preliminary May labor force and employment figures along with finalizing April’s numbers. The numbers revealed a slightly greater increased of unemployed people occurred between February and April, from 22,100 to 22,200 and the unemployment rate was revised upward from 14.9 to 15.1 percent. The May numbers saw improvement in the County unemployment rate, down to 14.2 percent, however much of this decrease was attributed to Labor Force decrease in May (-1,700) while the number of employed in the area was only reported to have increased by 200. This large number of people dropping out of the workforce is a target of research currently, but could be the result of residents leaving, early retirement, people unemployed for long periods no longer seeking employment, etc. 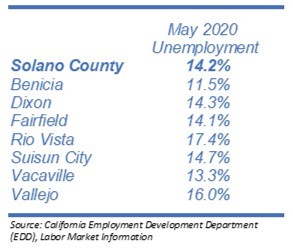 EDD also analyzes the number of jobs within the County by industry sector regardless of residency of employee. In viewing job changes from February to April (in blue) then changes in the last month (in orange) it is clear to see that while some jobs are returning, May showed minimal progress. Of the total 21,100 jobs lost between February and April (revised upward from the 17,000 non-farm jobs lost reported last month), Solano added 1,600 jobs in May. The bulk of returning jobs were in Construction and Food Service and Accommodations.  It is expected that June numbers will see a strong improvement in retail, business services, and additional food service jobs as the economy starts to open up. 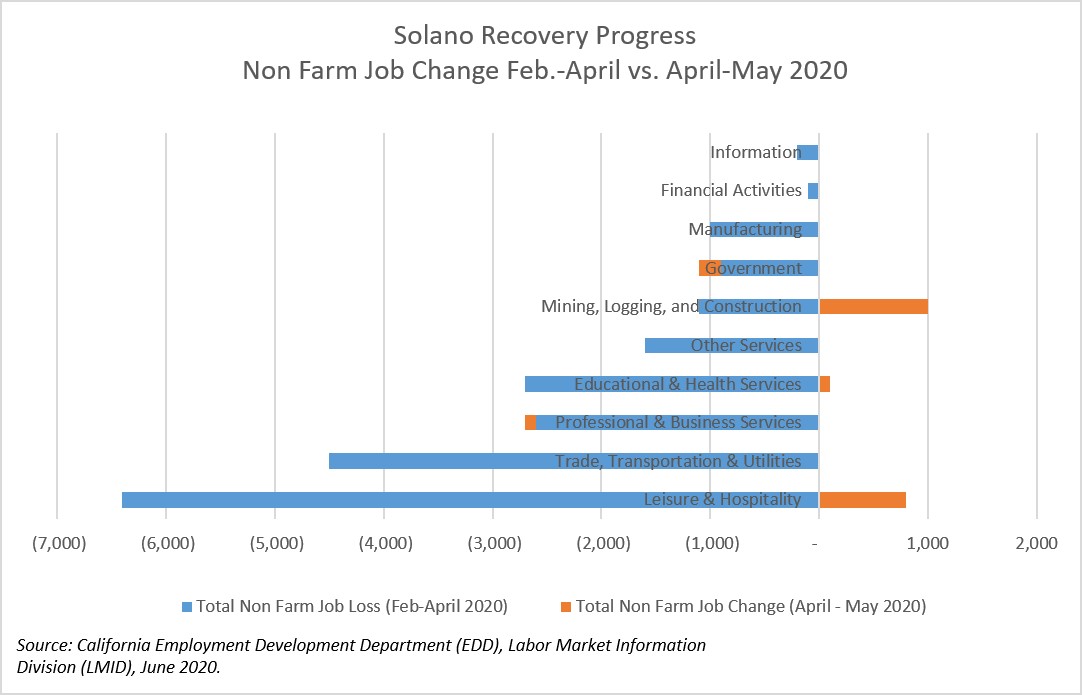 The pie chart below illustrates the share of job losses in each sector of the total job loss in the County, and includes May and April revisions. When viewing these shares of job loss, it’s clear to see that to even a greater degree than reported last month, our retail, restaurant, hotel, and business service industries make up over 75% of total job loss in the area. Conversely, sectors such as Construction and Manufacturing, both important industry clusters in our region, were relatively stable. 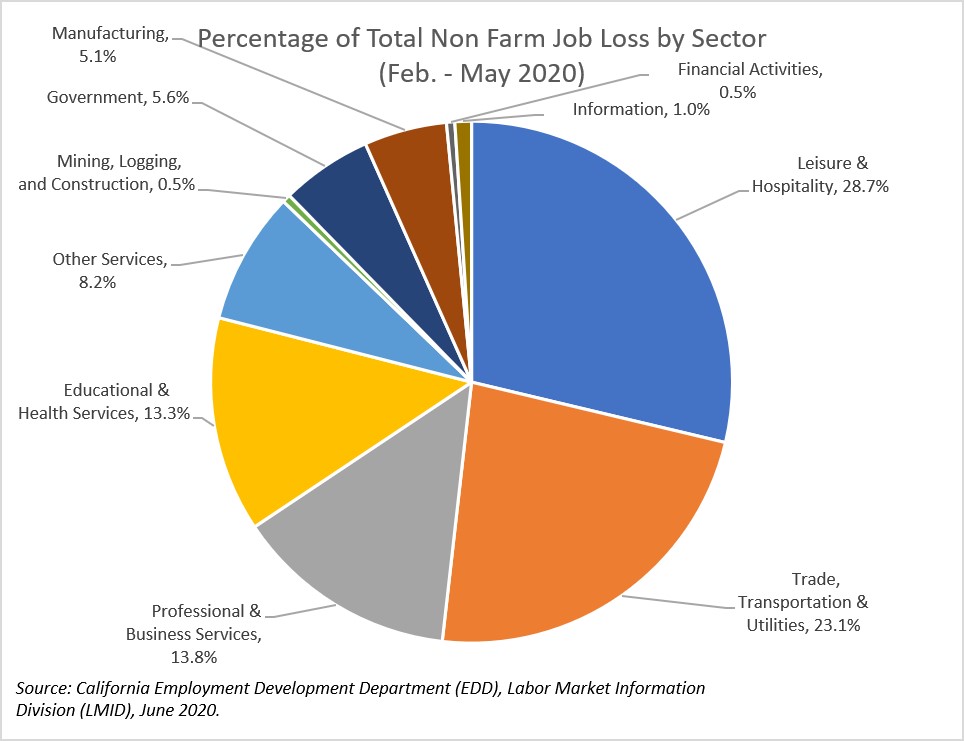 Jobs, industry and unemployment data are expected to fluctuate in the coming months.  As mentioned before, right now Labor Force numbers are influencing unemployment data greater than actual employed. Counting jobs has also become a complex endeavor for economic analysts, as the speed of changes and the very nature of work has dramatically changed during Covid-19. Place of work, part-time status, furloughs, and lower survey response rates decrease the reliability of short-term data, however over time we will see a clearer picture.

This is where regional organizations such as the Solano EDC can continue to be a service, providing data and analysis to the community, our partners, and policy-makers in the region.